There are dozens of GNU/Linux distributions for all kinds of purposes.   These days most “distros” will run completely off the CD or DVD disk, or can be run from a USB thumb drive.

That way you can test out how a particular distro runs on your computer hardware before you do a full installation to the hard drive.   On the other hand, you might just want to run GNU/Linux off external media and that’s okay too!

Ubuntu is sponsored by Canonical Inc. a company founded by South African software millionaire and “space tourist” Mark Shuttleworth.   Ubuntu uses the  “Unity” desktop.   However if you don’t like the Unity desktop (people either love it or hate it), or if you need something more “lightweight” to run on older hardware, you can do that as well.    Because Ubuntu has such wide usage, its user help forums are excellent.   If you encounter a problem, you’ll likely find a solution.   If you’re new to GNU/Linux, it’s a pretty good choice.

Kubuntu is a variant of Ubuntu that uses the cutting edge KDE desktop.  You’ll want to run this on a fairly new computer.

Xubuntu is variant of Ubuntu that uses the lighter weight XFCE desktop.

Lubuntu is a variant of Ubuntu that uses the very light weight LXDE desktop.   Lubuntu is an excellent choice for somewhat older computers from the Windows XP era.

Ubuntu Mate is a new Ubuntu variant that uses the “Mate” desktop user interface developed by the Linux Mint project.   Since it’s release it has become very popular!

Ubuntu Rescue Remix is a variant of Ubuntu that is designed to help you rescue “broken” computers – including Windows computers.  It’s designed to be run from a USB stick or a CD/DVD disk.

LXLE is a somewhat modified verion of Lubuntu with an absolutely gorgeous LXDE desktop.   It makes use of the “LTS” (long term service) Ubuntu repositories and so is always stable.   Just any LXDE based distro it performs quite well on older computers.

Bodhi Linux is another Ubuntu based distro that uses the Lightweight “Enlightenment” desktop user interface.   A default Bodhi install will have very few default software packages installed.   The Bodhi teams lets you decide what you want.

The “main” Linux Mint distributions are based on Ubuntu.  So, they’re also a good choice for GNU/Linux “newbies”. Because of its Ubuntu base, if you can’t find help on the Linux Mint forums, you’ll often find a solution in the Ubuntu forums.

Linux Mint is a little less “politically correct” in that it installs proprietary audio and video codecs along with Adobe’s “Flashplayer” as part of the base install.   Most GNU/Linux distros don’t do this for a mix of ethical and legal reasons.   Instead, if you want/need them, you install them yourself after doing the base installation.

Linux Mint’s main version uses the Cinnamon desktop.  However there are also versions available that make use of  KDE, and the lighter weight MATE and XFCE,  desktops.

Linux Mint also has the “Linux Mint Debian Edition” (LMDE).   LMDE is available in both Cinnamon and MATE desktop versions.   However, LMDE is designed for more experienced GNU/Linux users.

Rolling release distributions can much more easily “break” if you’re not careful about what updates you do and therefore are only recommended for people have have a little bit of GNU/Linux experience under their belt.

SolydXK is a distro that spun off of Linux Mint Debian Edition.   When LMDE dropped the XFCE and KDE versions, a group of folks based in the Netherlands picked up the project and ran with it.   “SolydX” uses the lightweight XFCE desktop while “SolydK” uses the bleeding edge “KDE” desktop.

Fedora is the community sponsored project of Red Hat Linux.    Fedora tends to be a “bleeding edge” distro that is frequently the first to introduce new features.    It also sticks very closely to free software ideals.

Fedora normally defaults to the Gnome desktop, but you can also install KDE, XFCE, LXDE or Open Box if you want.

Fedora isn’t usually a distro that I’d recommend to a newbie, but I know of newbies who’ve had some great success with it.

Debian GNU/Linux is one of the oldest GNU/Linux distributions having been first released in 1993.   Debian is a global project that is developed by a group of over 3,000 volunteer from around the world.

It’s also the basis for numerous other GNU/Linux distros.   Unlike most  distros, Debian releases relatively infrequently.   The focus is on making it “stable” rather than “bleeding edge”.   This makes it an excellent distro to run on servers.   Debian can be “shrunk down” to run on relatively old hardware or can run on the latest hardware.

Debian will run on almost any CPU that exists, including old “Power PC” Macs which makes it a good choice for older Mac’s that don’t have enough horsepower to run MacOSX.

I wouldn’t recommend Debian for a newbie, but if you’ve gained a bit of GNU/Linux experience, it’s worth giving a try.

Raspbian is specialized version of Debian GNU/Linux designed to run on the inexpensive single board “Raspberry Pi” computer.

Open Suse is the community project of Novell Suse Linux.   Open Suse defaults to the KDE desktop but you can install other desktops if you want to.

PC Linux OS was originally based on the (now defunct) Mandriva distro but has since diverged a fair bit from its origins.   PC Linux OS is a great distribution for GNU/Linux newbies.   The default desktop is KDE, but you can also install lighter weight versions using the XFCE, LXDE and the very light weight Open Box desktops.

Mageia is fairly new and is a community based “fork” of (now defunct) Mandriva.

Arch Linux is a “bleeding edge” distro with a a bit of a learning curve at first.   But those who’ve managed to figure it out seem to love it. 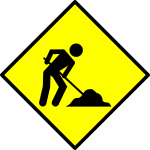