“How To” Forge – An excellent site for GNU/Linux related tutorials

All four “dead tree” Linux magazines in the English language are from the UK.   The two U.S. publications no longer publish paper copies.   “Linux Journal” publishes electronically and “Linux Magazine” is now defunct.

In addition to what’s in the magazine, their websites have plenty of interesting and useful articles.

The one thing the UK Linux magazines have in common is that they all come with a DVD disk loaded with copies of GNU/Linux distros, free software, articles, project files and podcasts.   Cover prices here in Canada tend to be a little bit on the pricey side and you can find copies on the magazine racks at Chapters Indigo stores and sometimes at “Presse International” stores in the Toronto area.

If you are buying them on a regular basis taking out is a subscription is a good idea because a) it’s cheaper and b) you help them with their cash flow!

Linux Voice  A relatively new and community oriented magazine.   They pore a percentage of their earnings into supporting various free software projects.    After six months they publish their archive online DRM-free for you to download.

Linux Pro Magazine   This magazine is known as simply “Linux Magazine” outside of Canada & the U.S. and “Linux Pro” on this side of the pond, just so that it’s not confused with the now defunct U.S. “Linux Magazine”

Full Circle – A free e-magazine produced for users of Ubuntu based GNU/Linux distributions that you can download in .PDF and .EPUB formats.

Gimp Magazine – is a “free as in free beer” magazine dedicated to the “GNU Image Manipulation” (GIMP) software for photo and image editing.    You can download copies in PDF format from the site.

Libre Graphics Magazine – is a “free as in free beer” publication dedicated to the use of free software in graphics.   You can download the magazine in “low res” PDF (30 MB) or in high resolution PDF.   Because of the graphics, the high resolution files are huge at over 350 MB!    You can also order printed copies for $16 CDN.

Tux Magazine – this e-publication has been defunct for a number of years but the old issues are archived on the site and many of the articles are still relevant. 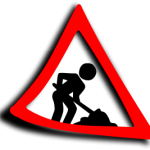